Built in the late nineteenth century, the room served as a link between the ancient fifteenth-century building and the new family palace. Originally intended as a winter garden, it was transformed into a dining room following works carried out on a project by the architect Ettore Fagiuoli. This was necessary following damage suffered on the night of 5th April 1945, when it was damaged by the fall of incendiary bombs.

The four wall cabinets retain part of the porcelain tableware, the work of the Parisian manufacturer Darte aîné (1805-1823), decorated with birds, fruit and butterflies.

According to family tradition, the service was donated by Napoleon III to Francesco Miniscalchi (1811-1875) who, as Vice President of the Italian Geographic Society, attended the inauguration of the Suez Canal in 1869; it was on that occasion that he met the French ruler.

The three canvases hanging on the walls also belonged to the dining room. These are various compositions of flowers, fruit and birds and embroidered blankets, the work of the painter Antonio Gianlisi junior (1677-1727).

As part of the new museum, the room was named after the "Procurator Erizzo" due to the presence of the refined portrait, painted by Alessandro Longhi in 1767, to commemorate the appointment of Nicolò Erizzo as "Procurator of San Marco". 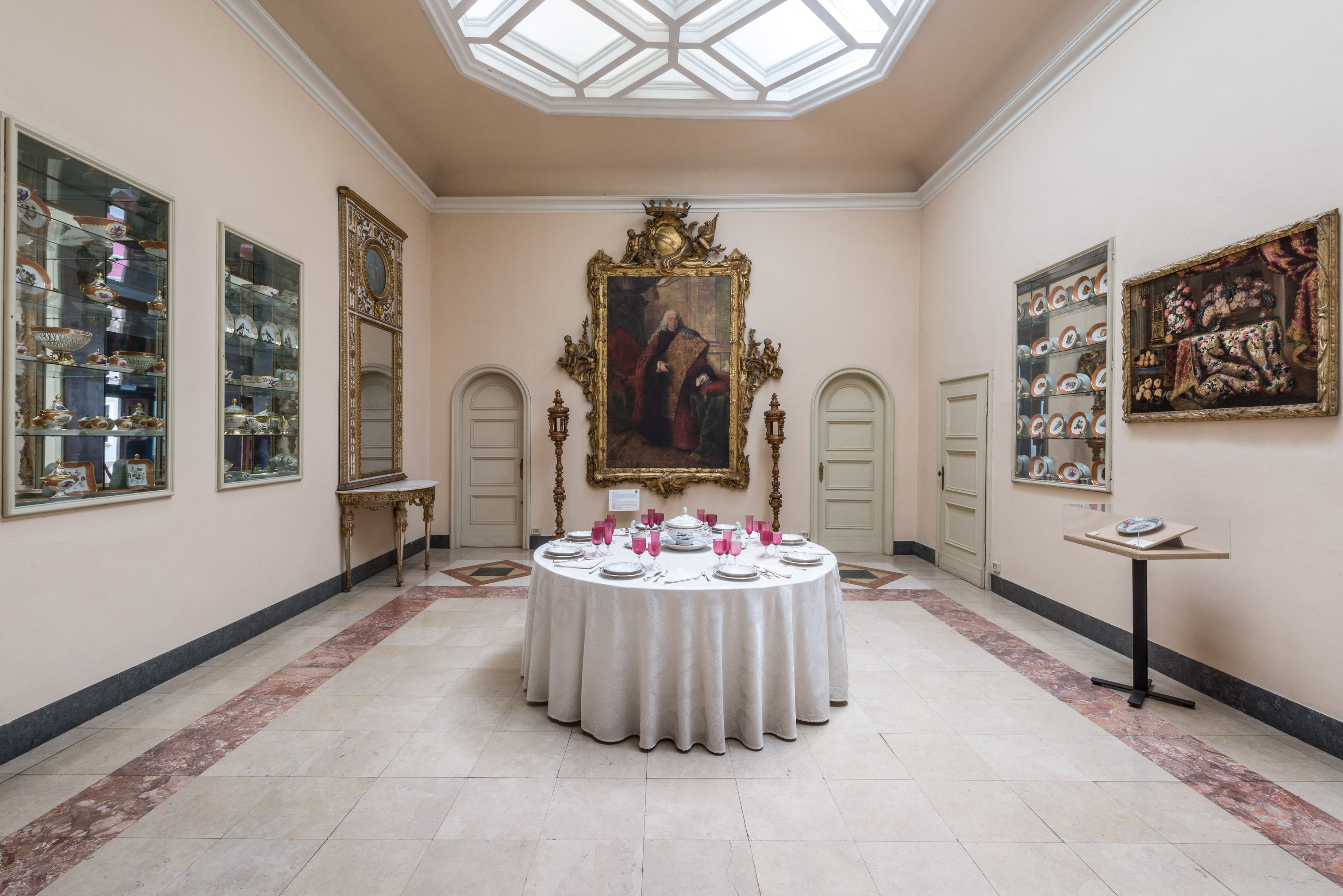 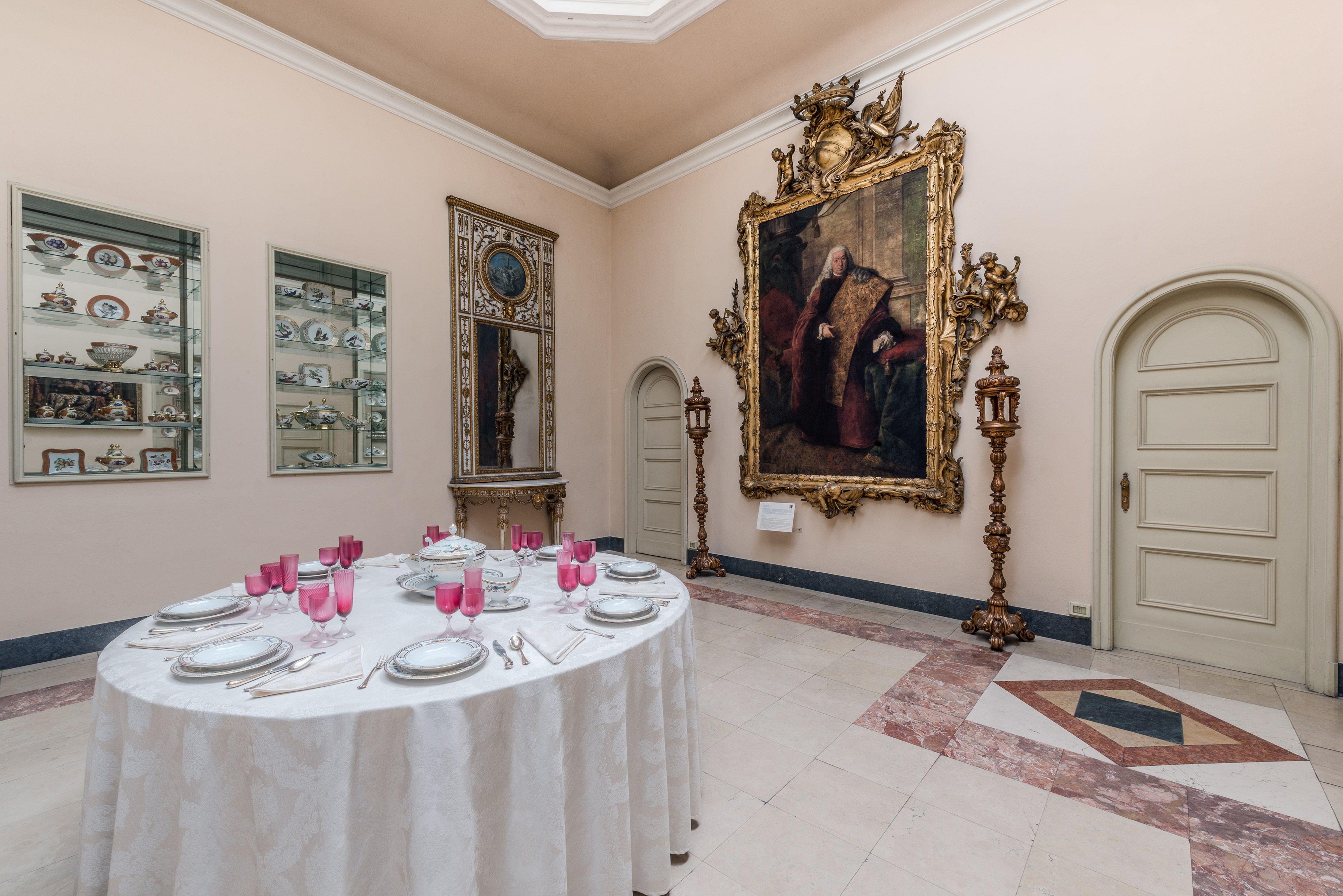