The room owes its name to the presence of the two large Late Gothic windows, marvellous testimonies of the palace commissioned by the Miniscalchi family at the end of the fifteenth century.

Originally, the mullioned windows opened onto a frescoed atrium, closed towards the street from the central portion of the facade in the manner of a loggia, as evidenced by the fragments of frescoes that continue down to the floor and reappear along the perimeter walls of the first room of the atrium.

Over the centuries, there were numerous interventions that altered the original appearance of the environment, transforming it from an atrium to a hall until, in 1951, as part of the post-war arrangement, it was used as an exhibition of part of the collections preserved in the building and familiarly called the "museum room".

The splendid ensemble that can be admired today offers the background to the display of five precious Renaissance decorated plates made in Urbino. Among these, we note the "parade" plate that belonged to Isabella d'Este Gonzaga made between 1519 and 1525 by Nicola da Urbino, one of the most famous majolica masters of the sixteenth century. 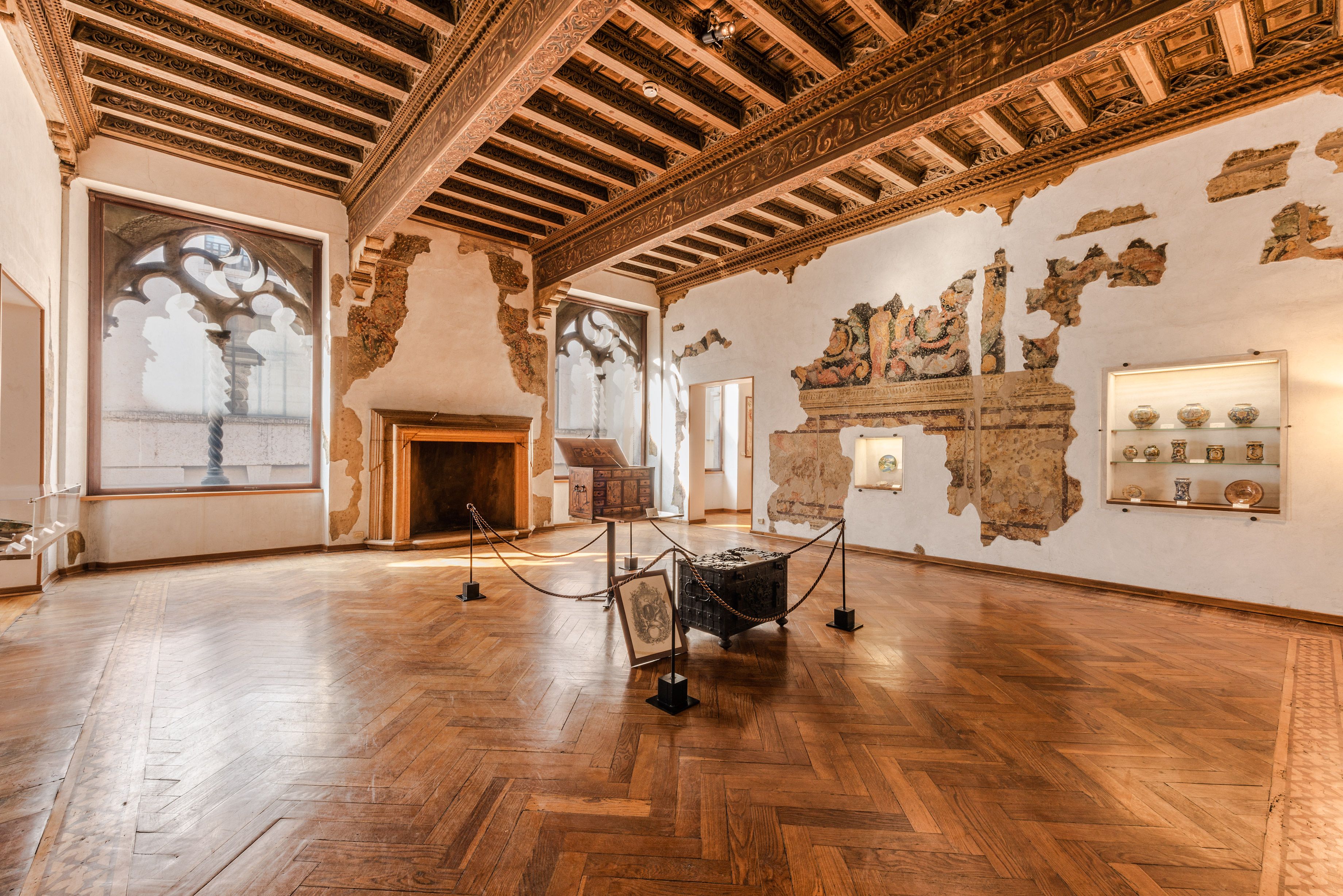 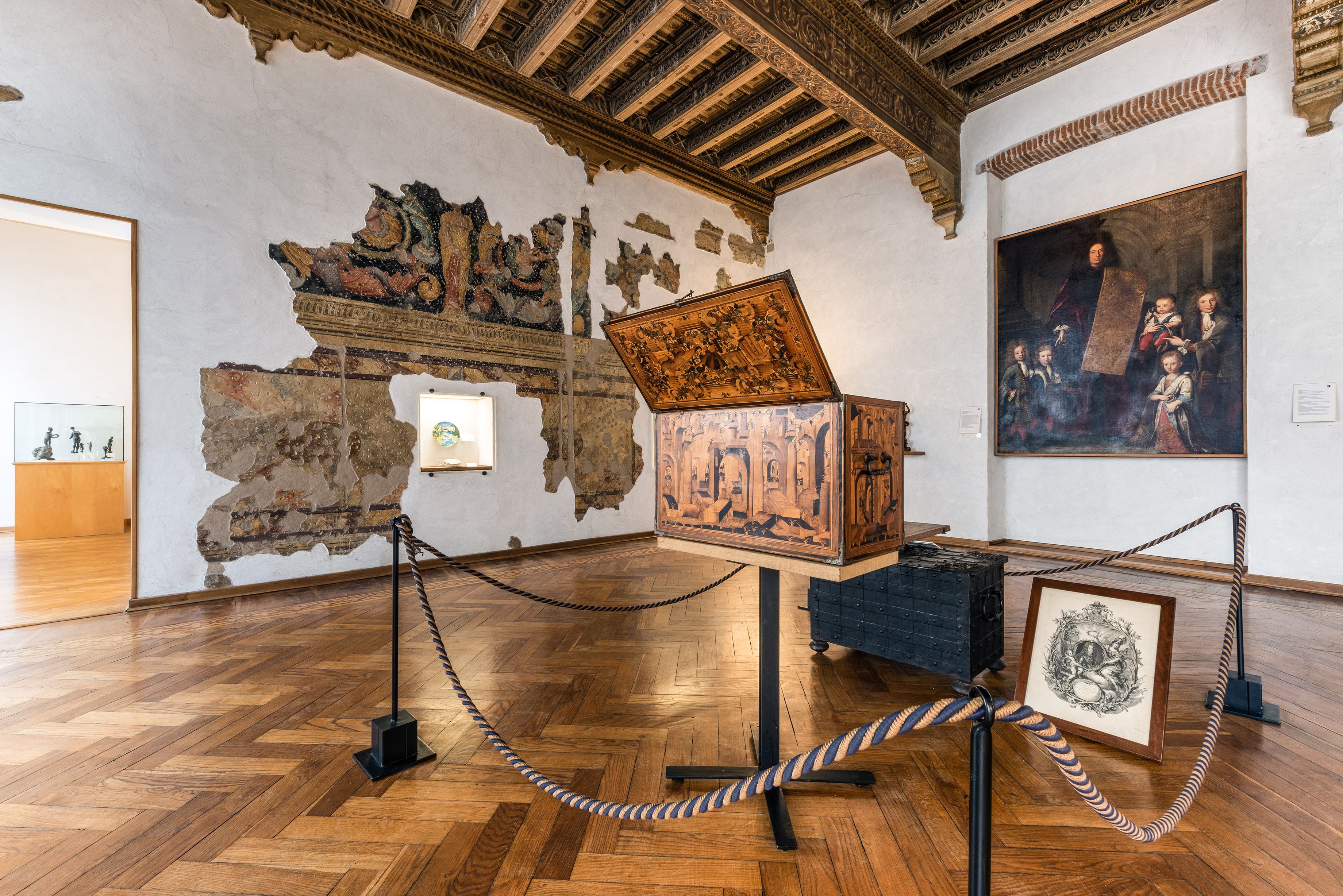