The large room belongs to the central body of the building erected in 1880 to enlarge the ancient Miniscalchi palace in via San Mamaso. Originally there was no fireplace in the room, the construction of which dates back to the 1920s. The tiles that cover it represent a wonderful example of Faenza majolica art (17th-18th centuries) and, originally, were part of a Trentino type stove located in Villa Pullè in Chievo (VR). The villa remained until 1918 the personal property of Elvira Ponti Miniscalchi-Erizzo, mother of Count Mario. In 1919, it was sold to the Hospitaller Institutes of Verona and the stove tiles were dismantled and reassembled here in their current form.

Up to the last World War, an arbitrary association of authentic pieces and nineteenth-century copies, weapons and armour also from Villa Pullè was exhibited in this hall and for this reason it was familiarly called the “Gallery of weapons”. After the post-war reconstruction, the weapons were placed to adorn the staircase and the hall used as a living room. 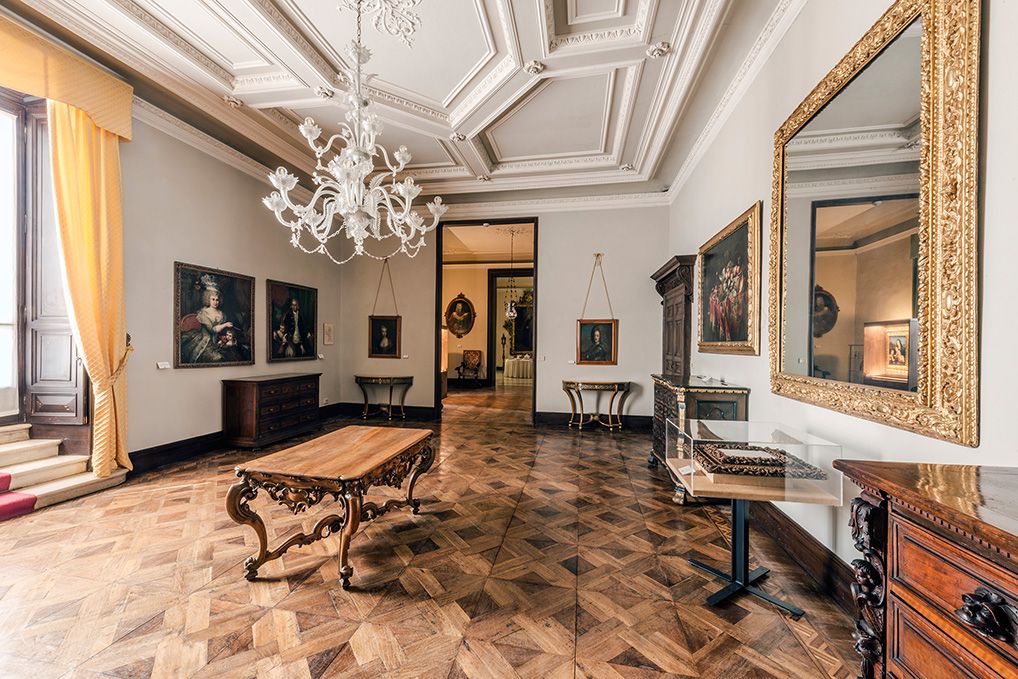