The room belongs to a building from 1774 built as an extension of a pre-existing sixteenth-century building owned by the Miniscalchi family. Having reached the Foundation seriously damaged, the room was presented with the walls and the vault painted with a green tempera. Most likely the choice of this colour was justified by the fact that its last use in the Miniscalchi-Erizzo family residence was as a gaming room.

During the restoration work started in 1981, the original Pompeian red fused wax painting was brought to light, recovered and restored according to the ancient technique, present in the mirrors of the walls and between the stuccos above the door lights.

The decoration of the room is completed by a mythological painting in the centre of the vault and a fireplace with a mirror framed by stuccoes. 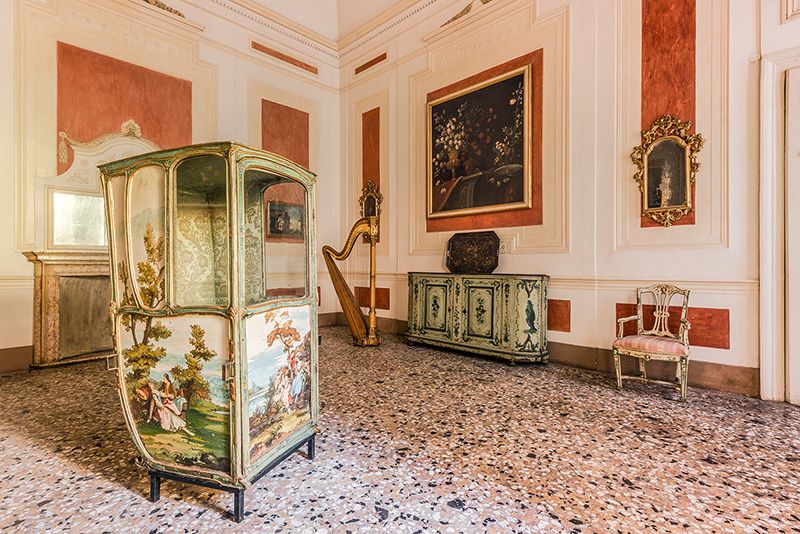 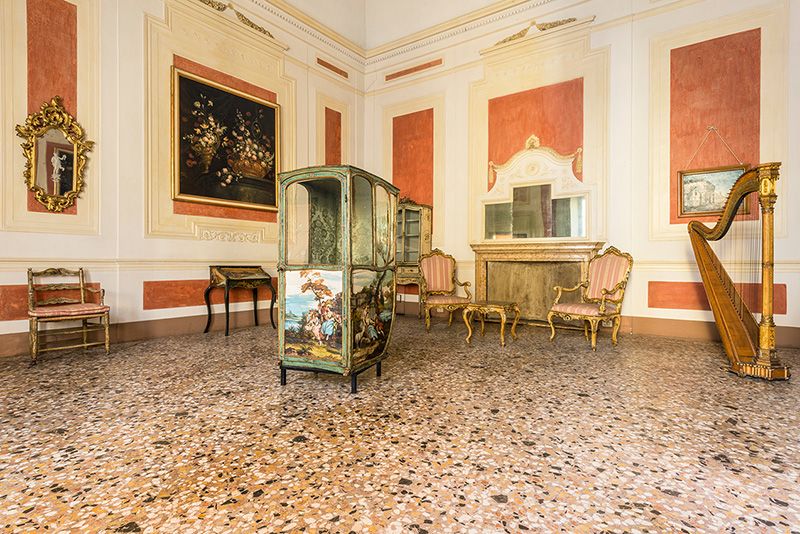