Miniscalchi Palace is a fine example of late Gothic civil architecture, unique in the Veronese urban context. It has a façade set on three levels, characterized on the ground floor by a majestic finely moulded splayed arched portal consisting of three different types of local marble.

The main floor appears particularly sumptuous thanks to the presence of two imposing Venetian-style mullioned windows, embellished with refined central twisted columns, flowery capitals and tracery in the trefoil openings.

The scheme of Miniscalchi Palace re-proposes a very frequent model in Veronese private architecture of the late Middle Ages, namely an advanced monumental facade on the street front that delimited an internal courtyard, around which the actual residential building was organized.

The construction of the building dates back to the last quarter of the 15th century and the project is attributed to Angelo di Giovanni da Verona (1437-1508).

Towards 1590 the façade was frescoed, according to a widespread taste in sixteenth century Verona. The pictorial composition adapts to the architectural distortion: between the two mullioned windows we can still read "The banquet of Damocles"; on the second floor "The judgment of Solomon"; on the sides an allegorical figure of "Minerva" and one of "Mars". All punctuated by fake niches, pilasters, festoons of fruit and flowers with masks. The author of the paintings was Michelangelo Aliprandi (1527-1595), an imitator of Paolo Veronese.

On the other hand, Tullio India the Elder (1550-1624) was responsible for the decoration of the lower register of the façade which presents a continuous frieze, with polychrome shoots, animated by cherubs riding panthers. The decorative apparatus is completed, at the top of the portal, by the coat of arms of the Miniscalchi family supported by cherubs.

In 1880, the fifteenth-century building was profoundly altered following the construction of the majestic classical palace, on three floors, consisting of a central body and two sides that give shape to a large courtyard. The central building is characterized by a loggia on the ground floor, above which a balustrade terrace was created. The noteworthy tympanum is decorated with a large relief depicting the coat of arms of the Miniscalchi-Erizzo, crowned with the count's crown, surrounded by a ribbon in which the family motto ex concordia fratrum is carved. 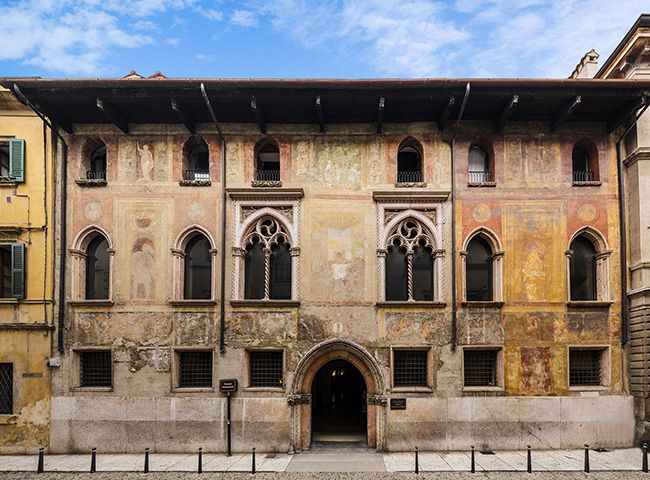 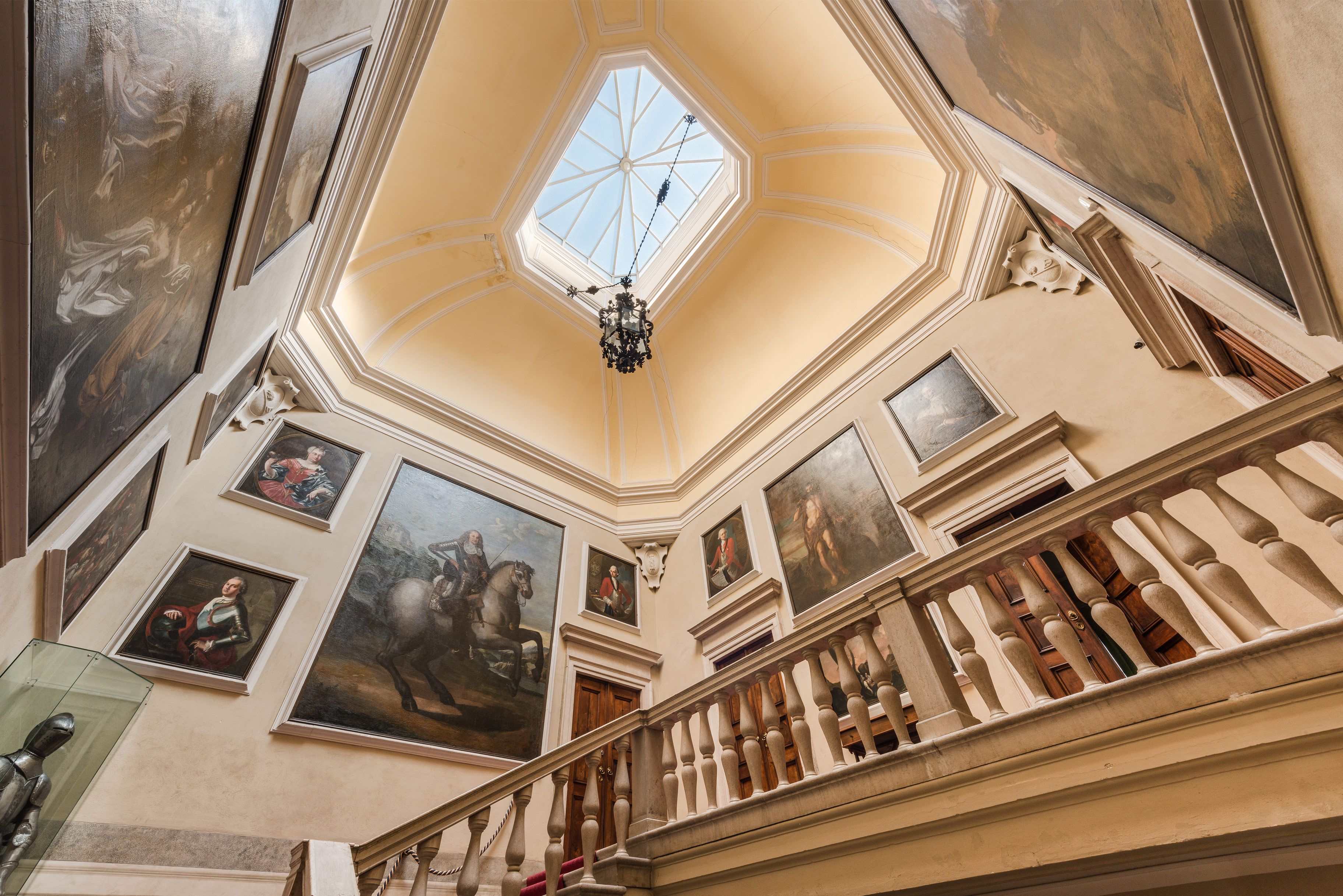 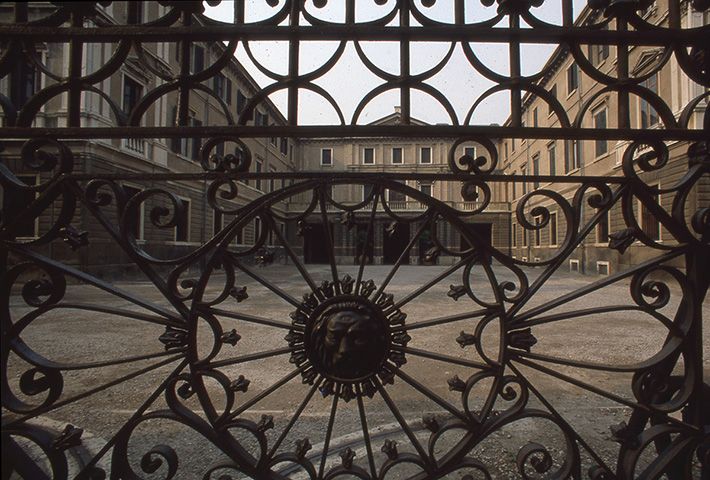